Greece:
Is considered to be the cradle of Western Civilization, because of its being the birthplace of: democracy, Western philosophy, Western literature, historiography, political science, major scientific and mathematical principles, major forms of theatre, and the Olympic Games.The Cyclades:
Are a group of Greek islands in the Aegean sea, southeast of the mainland. They have been inhabited for over 5000 years and are considered to be some of the most beautiful places in the world.In the words of Oscar Wilde:
"The sea was sapphire-colored, and the sky burned like a heated opal through the air. We hoisted sail, the wind was blowing fair. For the blue lands to the eastward lie.”And the famous English travel writer, Patrick Leigh Fermor, wrote of his time there:
“The feeling of being lost in time and geography with months and years hazily sparkling ahead in a prospect of un-conjecturable magic.”And the American musician, John Bonamassa had this to say:
“Greece was a muse. It inspired creativity in magical ways that I can’t even begin to understand or explain.”Our Island:
Folegandros, is part of the Cyclades and just an hour boat ride from the famous, Santorini.Folegandros is special, compared to many of the other Cycladic islands, in that it’s quite remote. Its population, of under 800, lives in traditional Greek villages with (the often pictured) charming white and blue buildings and cobblestone streets. The island is known for its pristine hiking trails and beaches, and for its un-paralleled, breathtaking views of the Aegean.If you’re reading this, you’re probably considering making a journey to Folegandros with us, so please allow us to tell you a bit about our Fall pilgrimage.

We will meet up at Thira International Airport in Santorini (JTR), on September 16th, and immediately travel by boat to Folegandros.There we will stay right next to the beach, in an incredibly tranquil place, just outside of the tiny village of Karavostasis.Our days will start with: yoga, kirtan, and wisdom, before segueing into activities like: hiking, site-seeing, beach-going, and boat rides etc. We will then come back together in the evening for more kirtan and reflections.Our closing program will be on September 26th in the evening, with us then transporting everyone back to the Thira International Airport on the morning of the 27th.

Although we regularly take groups on pilgrimage to sacred places in India, we strive to keep that same “pilgrimage” energy on all of our tours. In pursuit of this, our retreat in Greece will offer daily yoga and kirtan, as well as, classes on Greek mythology and philosophy, and discussions on the yoga tradition.Everyone will, without exception, be expected to remain fully sober and vegan/vegetarian throughout the entire trip, as these austerities help to create the right atmosphere for diving more deeply into self discovery and bhakti, which is always the primary objective of our retreats. 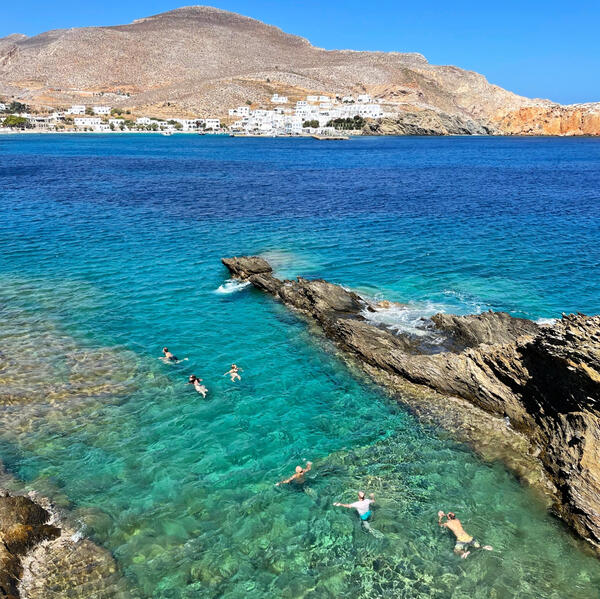 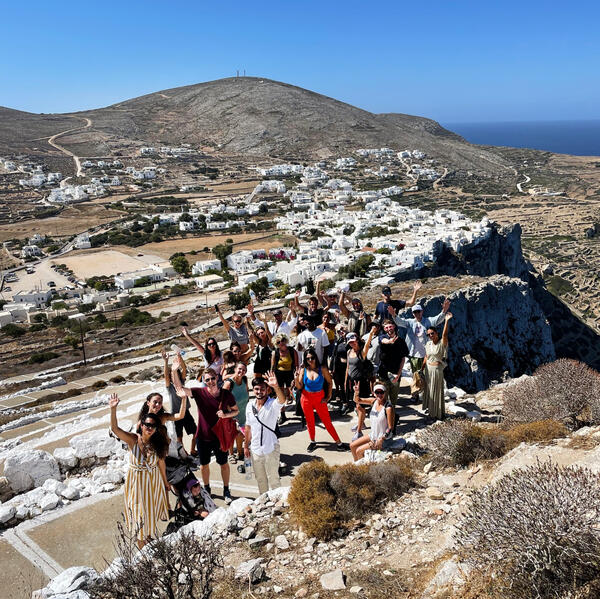 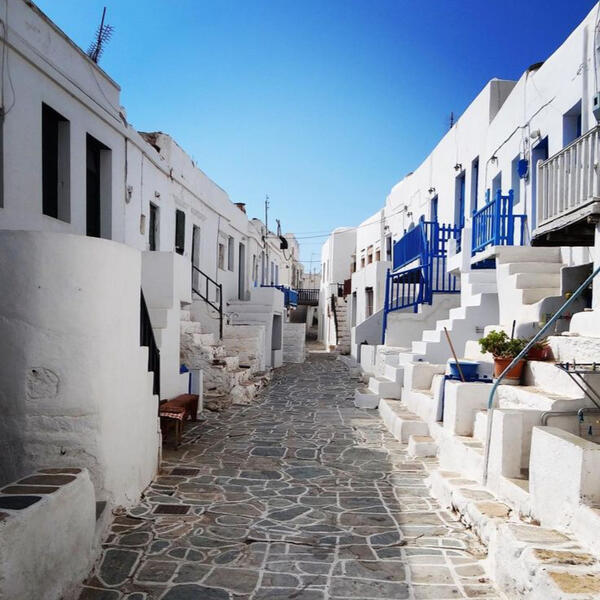 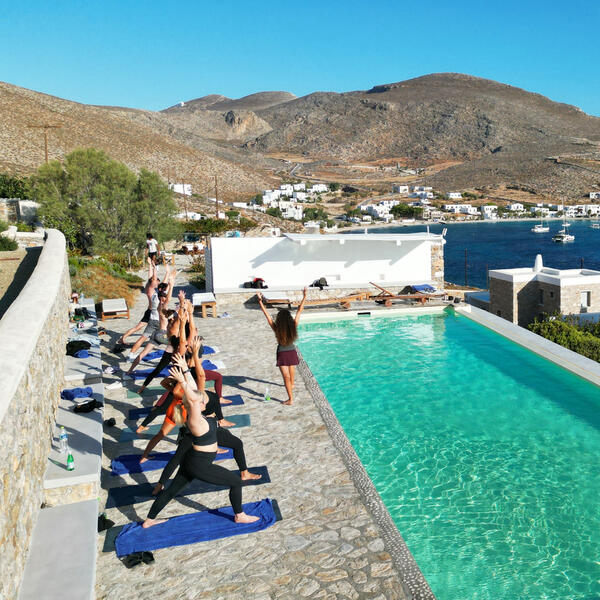 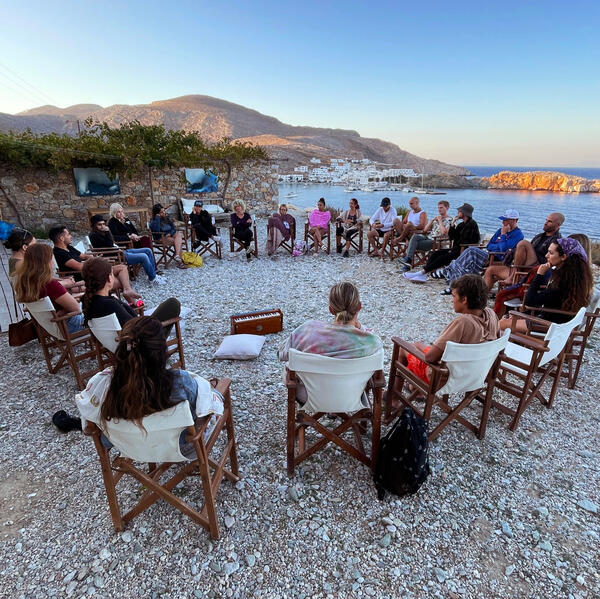 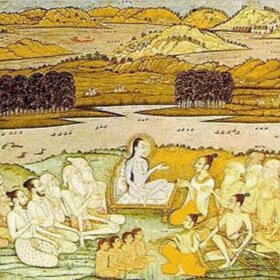 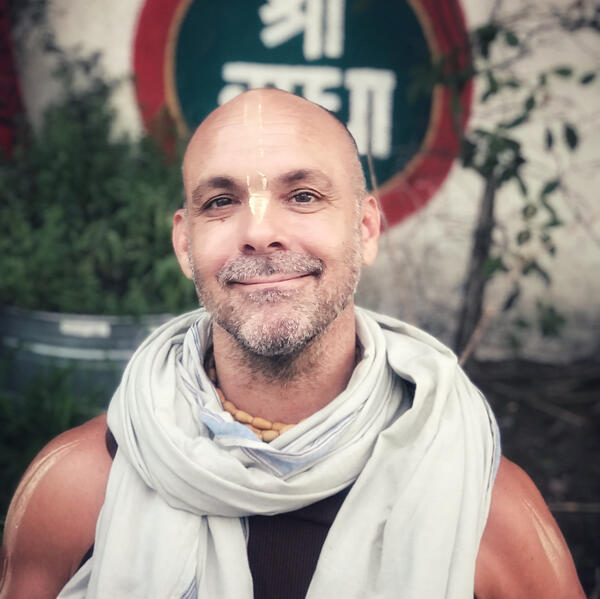 Born and raised in LA, Tukaram was brought up in an Orthodox Christian household (the tradition of 90% of Greece’s population), and is intimately familiar with, and knowledgeable about, the spiritual landscape of Greece. He’s also well-versed in the yoga tradition, having lived as a monastic for many years in India, where he received a traditional education in Vaisnava Hindu philosophy, ritual, and language. Tukaram currently serves as the Director of two Hindu temples (in Laguna Beach and Long Beach), and also runs a vegan restaurant, an organic farm / animal sanctuary, and an urban ashram. 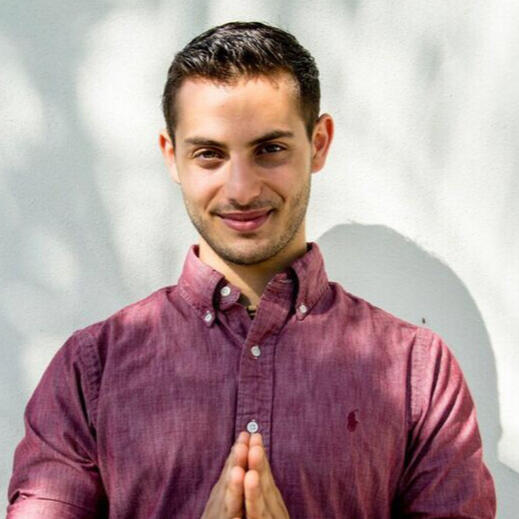 Born and raised in a family of bhakti yogis, Madhu adopted a serious interest and desire to immerse in ancient spiritual culture at an early age. He decided to become a monk on his eighteenth birthday and dedicate his life to sharing this knowledge with others. For five years he lived in various monasteries across the US and India, studying Vedic arts, sciences, and philosophy under world renowned teachers. After graduating from his monastic training and education, Madhu has built his own multi 6-figure business and serves as a conscious business and lifestyle coach. He has mentored and taught hundreds of clients and students over the past decade. He currently helps spiritual entrepreneurs build sustainable businesses while holistically optimizing their physical, mental, and spiritual health. Madhu facilitates trainings, retreats, and pilgrimages worldwide teaching ancient practices like Ayurveda, Bhakti, Kirtan, and much more to sincere seekers looking to transform their lives. 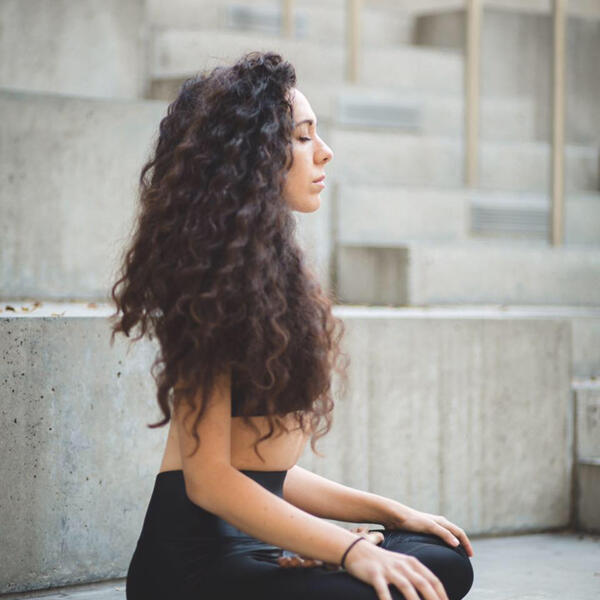 Madhuri is a founding director of Yoga108 and an advanced registered yoga teacher (E-RYT 500), dancer, meditator, and writer. Inspired by yoga’s profound effects, Madhuri has spent the past 15 years sharing the practice wherever needed- studios, gyms, corporations, high schools, shelters, and also one-on-one. Over the years, she’s mentored many new yoga teachers through teacher trainings and apprenticeships. Molly received a degree in Dance Performance from the University of California, Irvine, where she studied the body and movement extensively, mentored by visionary choreographers Donald McKayle and Loretta Livingston. Subsequently, she completed 500 hours of training at NYC’s Laughing Lotus Yoga Center under the mentorship of studio owner Dana Flynn. 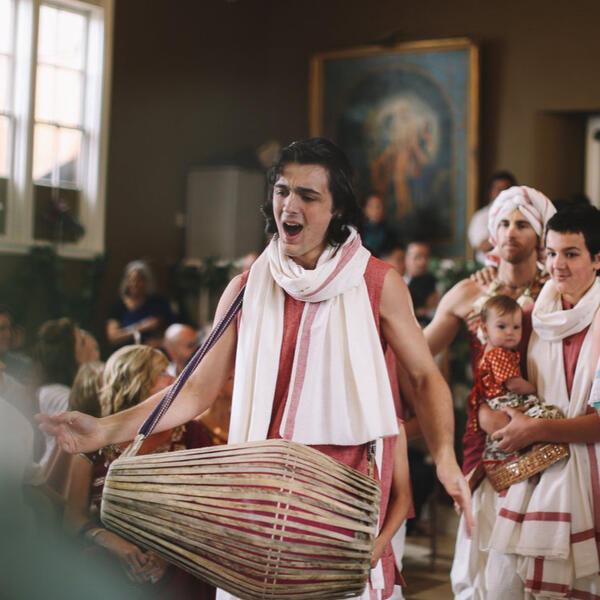 At the age of 20, Rakta has already travelled to India more than half a dozen times. He’s a skilled drummer, an excellent harmonium player, and a gifted singer. More than that though, he’s an expert teacher, and he will be leading us in kirtan throughout the tour.

"A grander vision of my life was made available to me with the love, support and accountability to believe I can reach for it and take real steps to achieve it. There is no going back, everything has changed."Ross K.

“I had such an amazing time in with the Pure Life Tours! Everything and everyone was delightful...from the guides I attended the retreat with, to the accommodations and excursions! I hope to attend another retreat in the future. Thanks for the great experience Pure Life Tours Team!”Sarah B.

“This was my very first international solo trip and I wouldn’t have wanted to experience this trip in any other way! The preparation and planning that went into my personal experience helped me to enjoy every minute of this trip.”Nick G.